You are here: Home / Conference Committee 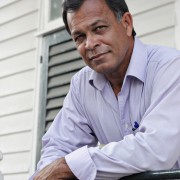 Furthermore, Winston Ramautarsing is lecturer at the Anton de Kom Universiteit of Suriname where he teaches multiple economic courses such as development economics and national planning. Winston Ramautarsing is narrowly connected to a diversity of companies in Suriname where he fills a position in the Supervisory Board and in the Board of Commissioners. 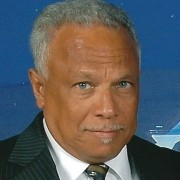 Robert Elmont is an well-known, experienced senior agribusiness executive and consultant who is mostly operating from out of the Netherlands. He started his career in Suriname as Manager of the Rice Processing and Shipping Department of SML-Wageningen in 1972 and finished his career with the SML as Sales and Marketing Director in 1981. He continued his activities in the agriculture sector in Suriname in several management functions and government committees and boards. He also played an important role in the preparation of the Restructuring report of the Rice sector for the State Commission Rice in 1987. During the period after 1987 he continued his commitment to the rice sector in Suriname and also widened his activities to other countries in the Caribbean and Africa. His international expertise was developed through several management functions in Europe and the Caribbean. He was also involved as a Board member of migrant organizations and other NGO’s in The Netherlands focusing on the development, training and support of migrant businesses operators in The Netherlands and their home countries. He is currently the director of RJE Agricultural & Management Consultancy, based in Zoetermeer, The Netherlands. Robert Elmont is an international expert in the field of agricultural project development and management, marketing, post-harvest technology and feasibility studies.

In close collaboration with counterparts from Suriname, EU and Africa, Robert Elmont often works in a team of international consultants and has been active as such in the agriculture sector in Suriname and abroad for more than 30 years. He has also acted as team leader in several projects during this period.

After finishing the Rijks Hogere School for Tropische Landbouw in Deventer in the Netherlands (BSc) in 1966, Arthur Zalmijn did his MSc in 1998 at the Larenstein College and University of Reading in Engeland. His main disciplines are: Agricultural Consultation, Farm systems, Farm Economics and his main qualification: Rural development Specialist.

Work experience: From 1968 till 1990, he has been working at the ministry of LVV in region West in the district of Nickerie and Coronie. He filled various board and council positions, mainly in semi-official bodies such as Stichting Machinale Landbouw ( SML), Stichting Agrarische Ontwikkeling Coronie (SAOC) and the Landbouwbank NV. Furthermore, he takes place in the board of Commissioners in private companies such as the Surinaamse Dok and the Scheepsbouw Maatschappij (SDSM).

Also, Arthur Zalmijn has political experience as being the minister of LVV during the regime of Kraag/Wijdenbosch (1991). Additionally, he undertook many study tours to the agribusiness international field, mostly to the Caribbean, Brazil, Thailand, Vietnam, Europe and the US.

He has been active since 2002 as Full-time consultant, mainly involved in various consultancy activities (Rice Trade in the Caribbean) for the FAO but also executed missions to Jamaica, Cuba and Mozambique and worked for the Israelic Consultancy Firm (Moti Kaplan). With a list of Business Plans on his name, Arthur Zalmijn has dedicated most of his life’s work to the rice sector and contributed to this sector via both public and private companies.